By now, if you’re the type of person who cares, you’re up to speed on Bethesda’s aggressive lawsuit against Warner Bros. and Behaviour Interactive over suspicious similarities between Fallout Shelter and the new Westworld mobile game, both of which Behaviour developed. After loads of wild speculation across social media, we have our first defendant response, and all signs point to a good old-fashioned throwdown in court.

Responding to IGN, Warner Bros. has expressed surprise, emphatically denying any wrongdoing on its own part.

“As one of the world’s leading creators of intellectual property, including the ground-breaking television series Westworld, Warner Bros. has a deep respect for intellectual property rights. As such, the assertions by Bethesda Softworks that Warner’s Westworld mobile game improperly used source code from Bethesda’s Fallout Shelter are as surprising as they are unsubstantiated,” a representative for the company says.

This is only interesting in that Warner Bros., as a well-established game publisher, would express the kind of surprised indignation normally reserved for people who didn’t just hire a competitor’s contractor–and for a company with a shield logo, they were certainly quick to use that contractor to deflect the blow, saying “Warner Bros. has been assured by the game developer, Behaviour Interactive, that Bethesda’s allegations are untrue and that none of Bethesda’s code was used in the Westworld game.”

Finally, the company tackles what is admittedly the furthest-fetched claim in Bethesda’s suit: that Warner Bros., in essence, convinced Behaviour to build Westworld using a copy of Fallout Shelter’s code.

“…contrary to Bethesda’s baseless accusation, Warner Bros. at no time “induced” Behaviour to use the Fallout Shelter code in Westworld.”

While overall the response may not be entirely stunning, it provides interesting insight into Warner Bros.’ stance as the matter moves forward. Indeed, WB gets to play the enviable role (if one exists) of defendant publisher: enjoy plausible deniability about the alleged code copying, while the burden of proof lies with the plaintiff. The declaration seems to be “No one did anything wrong, and if anyone did, it wasn’t us.”

That certainly won’t hold true if anyone is able to provide evidence that Warner Bros. did indeed convince Behaviour to copy the code, or perhaps even if it can be established that Warner Bros. put such pressure on Behaviour that the project couldn’t have been completed under the agreed constraints if it were created from scratch. First, the ball is in Bethesda’s court on proving the code was copied–we do have that telltale bug to explain away.

It remains to be seen whether Behaviour will also speak about the matter publicly, or if we’ll have to wait for further litigation. 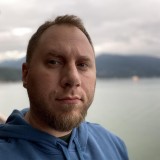 Todd Mitchell is an independent game developer and freelance journalist. He is the founder of CodeWritePlay where he produces and hosts the GameDev Breakdown podcast. Follow him on Twitter @Mechatodzilla.